Although the days in Appaloosa Plains were gradually growing warmer, the mornings were still bitterly cold, especially when Miles was called into the office at stupid o'clock some days in order to offer his expertise on a particular case. 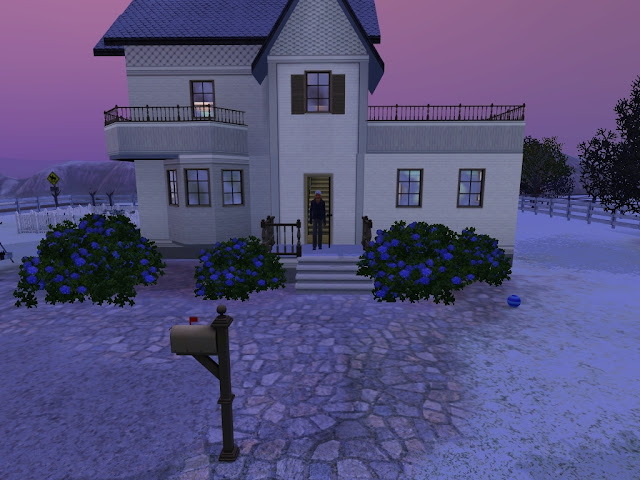 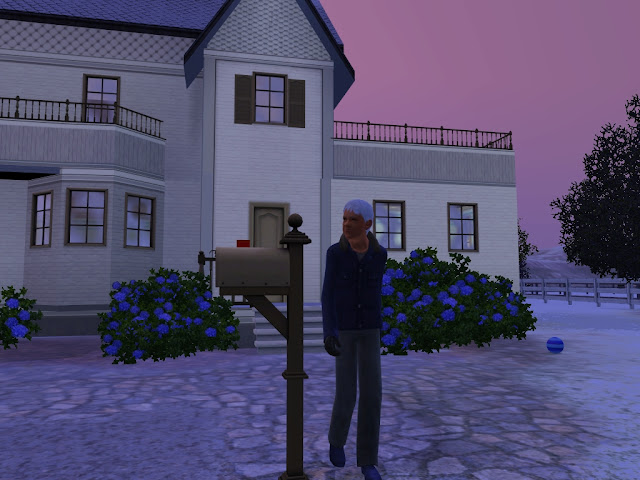 He began to realise that this wasn't what he wanted anymore.  Sure, the money was good, but Anastacia had been urging him to retire for a while now, telling him that money was no longer an issue.  ("You're giving me and Lawrence this house when we marry; you never need to worry about money again.")

Miles realised he was looking forward to living out the rest of his days in peace.  He wanted to brush up on his gardening skills so that Hailey's plants didn't perish.  Now it was Spring, it was the perfect time of year for new beginnings.

Love Day came to Appaloosa Plains, and Anastacia and Lawrence were of course very excited to attend the festival being held in its honour.  Chloe wasn't keen on this particular concept - romance wasn't really her thing - but when Anastacia mentioned that there was an egg hunt going on, she decided it might be fun. 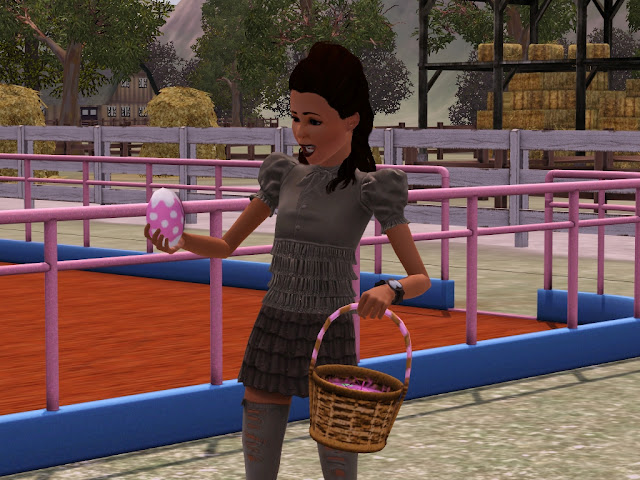 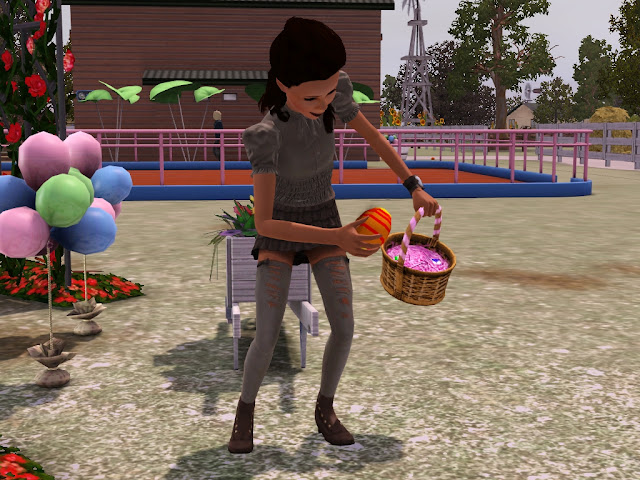 She was due to age up in the evening, and figured that searching out pretty, colourful eggs would be a cool way to spend her last hours as a teenager. 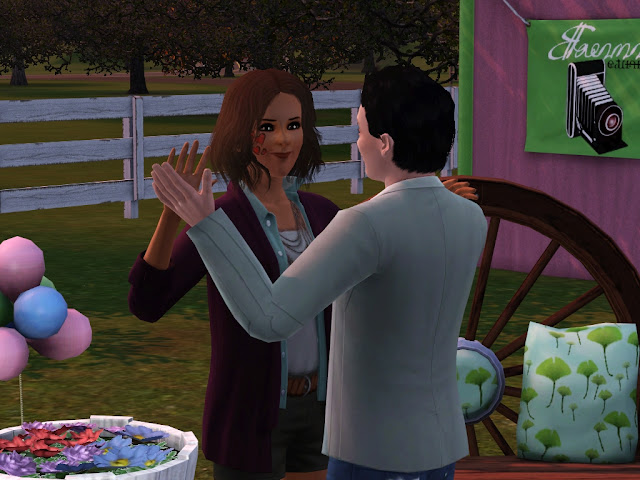 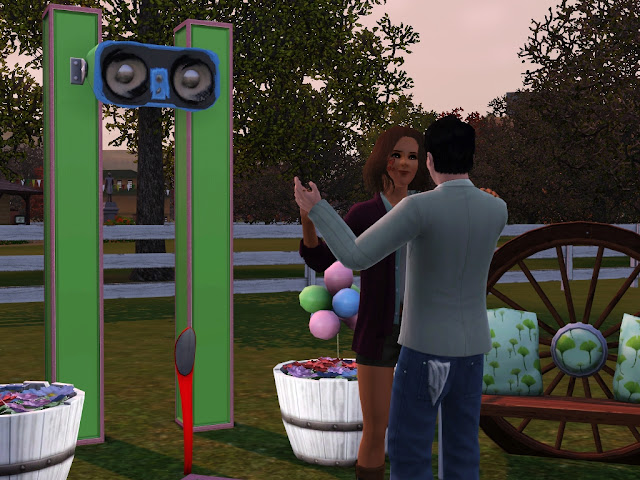 Anastacia and Lawrence took the opportunity to enjoy some time together before they officially became newly-weds.  Spring in Appaloosa Plains was a very pretty time of year, and Anastacia felt almost giddy with excitement as Lawrence slow-danced with her around the make-shift dance floor at the festival grounds.  She couldn't wait to be married.

Jennifer was also at the festival.  She smiled happily when she saw Chloe and pulled her into a hug. 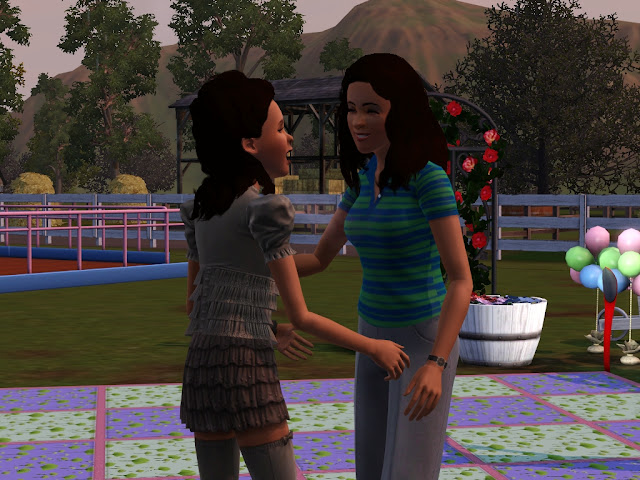 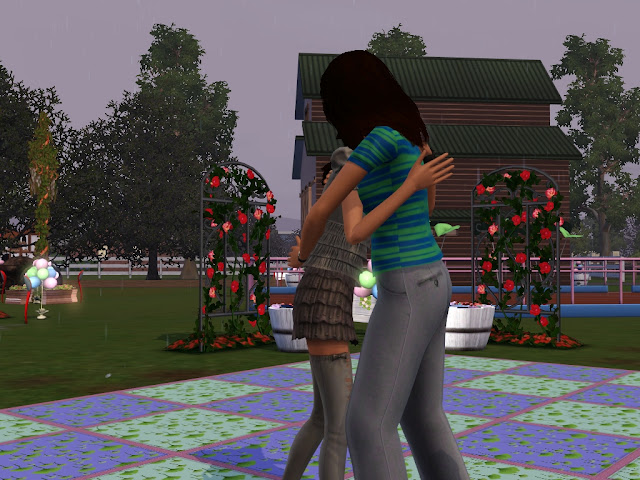 "What?"  Jennifer smiled to herself, already knowing what Chloe was about to say; their dad had asked her weeks ago.

"Dad says that he's happy for me to move in with you.  Although he says to check with you that you don't mind me doing science experiments."

"Hmm.  Well, so long as you keep it to the backyard, I'm sure we'll be fine," Jennifer said, and winked.  "Maybe you can create some kind of love potion for me while you're at it, little sis."

That evening, Chloe celebrated her birthday on her own in her absolutely favourite place in the world; the garden at her family home.  Upon aging up, she developed the Perceptive trait. 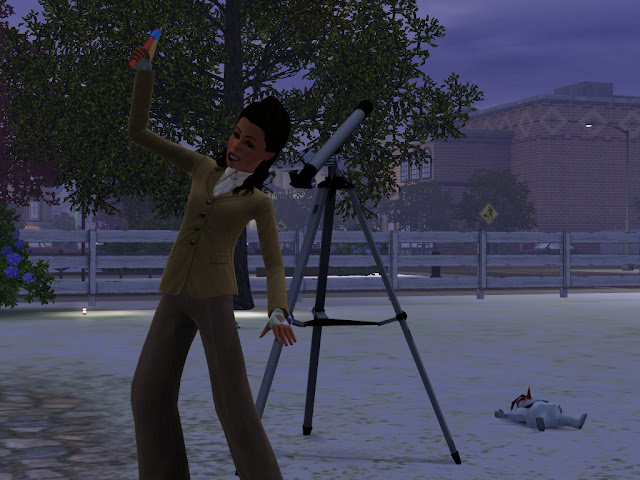 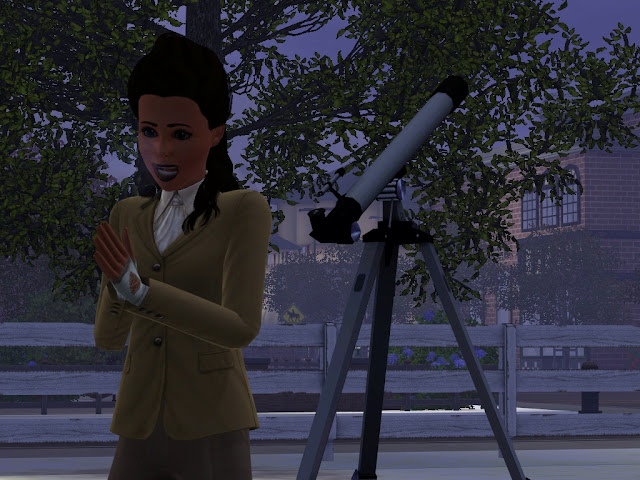 Despite the temperature plummeting, she was happy to be a young adult.  She couldn't wait to start at the Science laboratory and prove herself alongside the other Scientific greats.  She was sure that it would be a career she could excel at.

As a young adult, Chloe was as beautiful as she'd been as a teenager, but she had no real understanding of this.  That sort of strength wasn't important to her; she wanted to be known for her mind, not her looks. 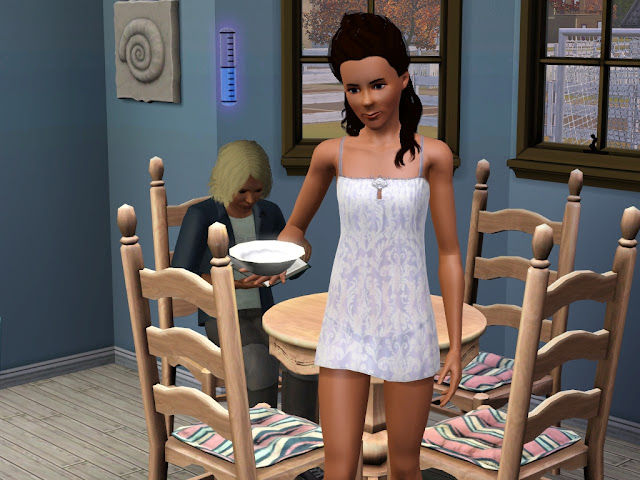 On the morning of her graduation, which was the day after Chloe aged up, she quickly helped clean the kitchen before heading to her room to pull on the Graduation robes that Anastacia had worn to her own ceremony. 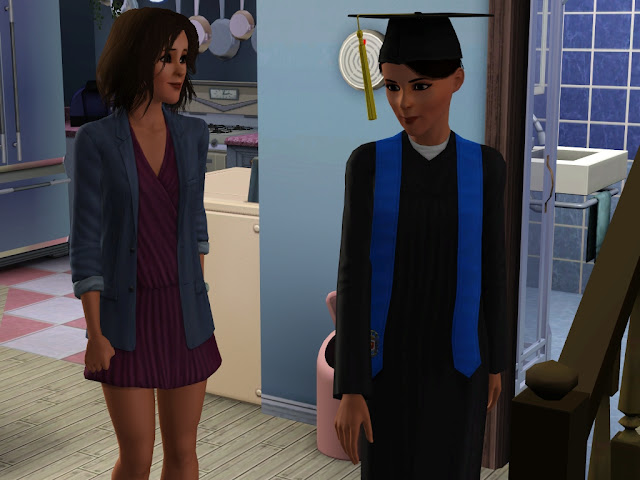 Anastacia smiled softly when she saw her.  "You look awesome, sis.  Let's go and get you graduated." 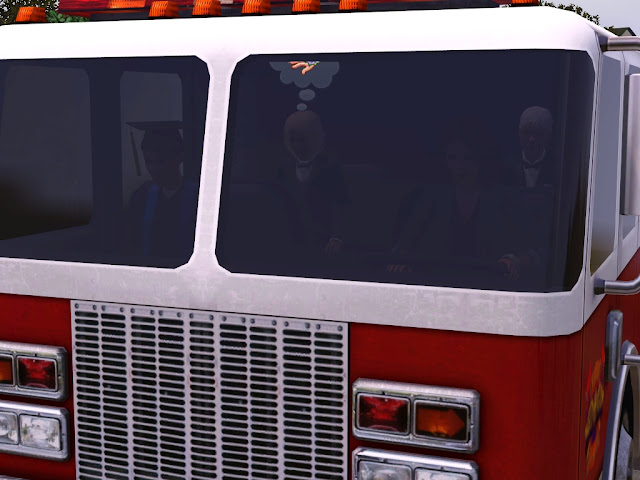 They decided to ride down to the Civic Centre in Anastacia's fire engine which she had been awarded upon reaching the top of the Firefighter career track.  It had enough space to fit all of them, and they would certainly turn heads on Main Street. 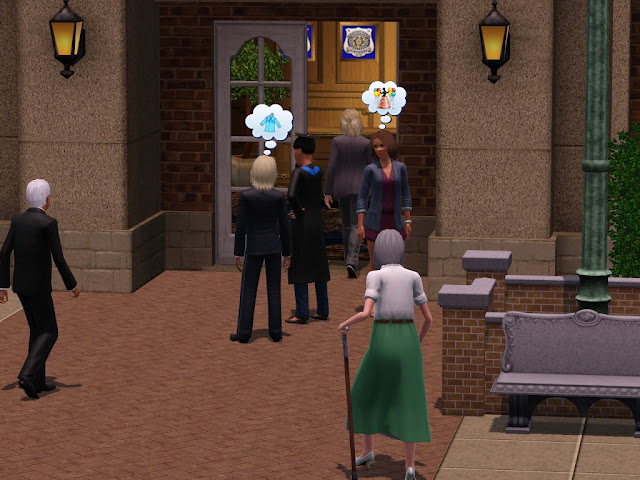 Anastacia's mind was focused on the Hen Party that she would soon be throwing as they moved into the Great Hall that held the ceremony, but she kept this to herself; of course she was excited for Chloe's graduation, but she knew from experience that the ceremony itself was a little, well, boring.

During the ceremony, Chloe was voted Most Likely To Be Mediocre.  She rolled her eyes, laughing a little to herself, as her family snorted in derision.  She would show everyone she used to go to school with; she wasn't going to be mediocre at all! 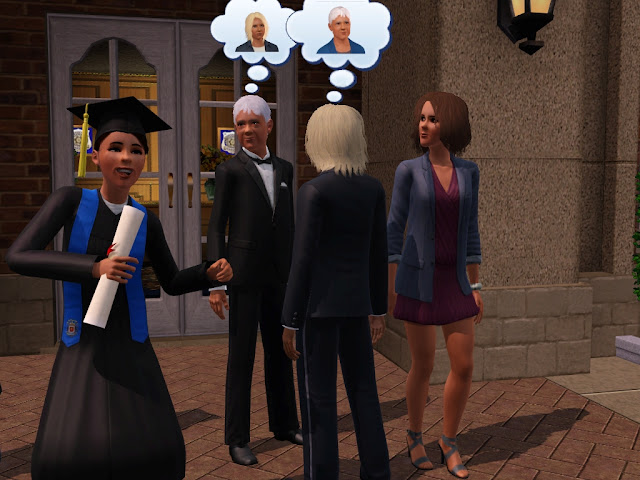 Outside, Chloe celebrated her 'achievement' whilst her family watched proudly - whatever Chloe had been voted by her jealous, petty classmates, they knew that she was going to do fantastically in her life. 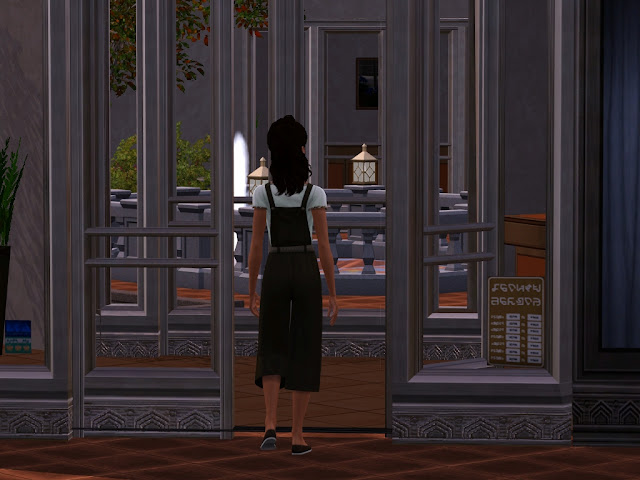 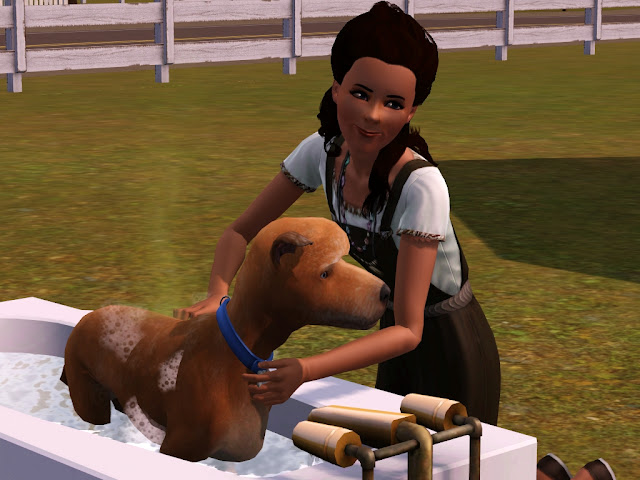 Before returning home to spend some last minute quality time with (a very smelly) Yumi. 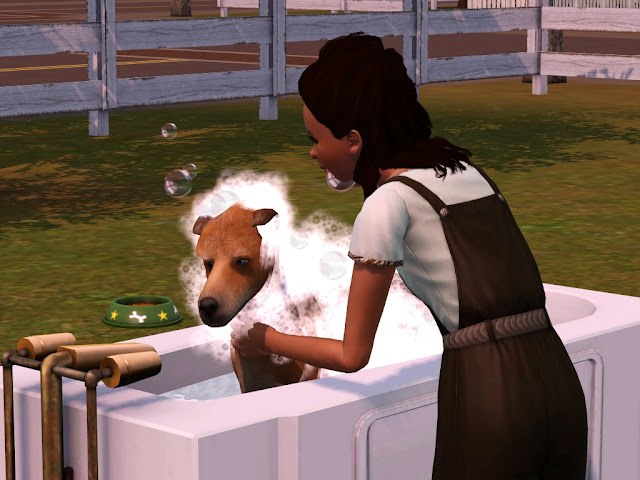 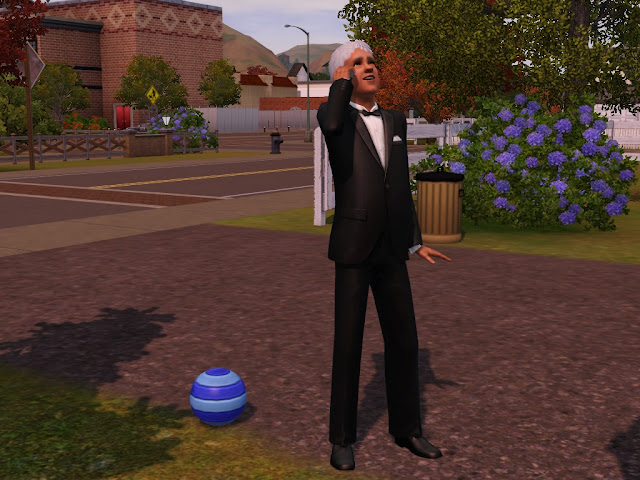 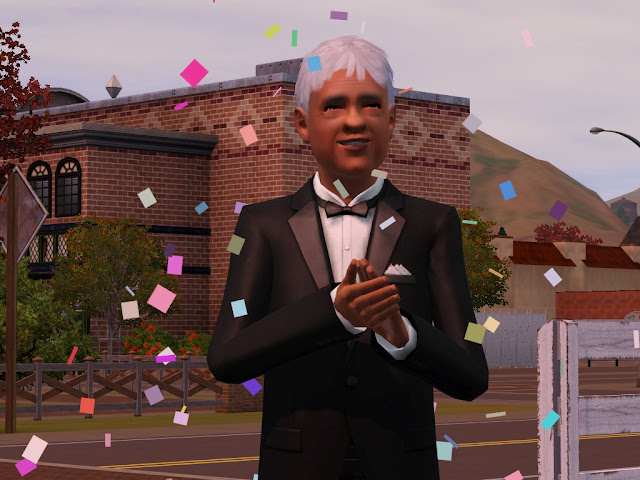 It seemed as good a time as any for Miles to phone in with his official retirement phone call.  They were all expecting it down at the office, and after some sincere goodbyes - and a generous retirement settlement - Miles hung up the phone.  He was a free man. 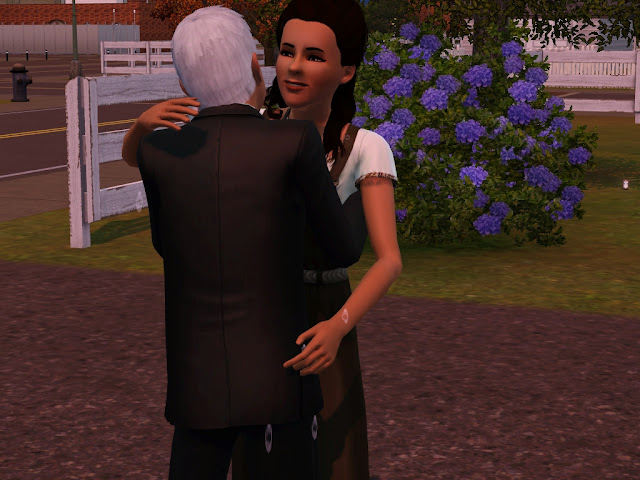 Chloe was still dripping wet from bathing Yumi when she came over to give her father a hug.  "Congratulations on retiring!" she said excitedly.

"And congratulations on graduating!"  Miles replied, just as excitedly.  He would miss his youngest daughter; although she had been very quiet, sometimes lost in her own little world, she had a sunny disposition and an unusual way of looking at things that kept Miles feeling young when he talked to her.  He wasn't worried, though, knowing Jennifer would look after her far better than he as an old man was able to.

Chloe's graduation present was a new car, and Miles helped her pack all her belongings into it before waving goodbye. 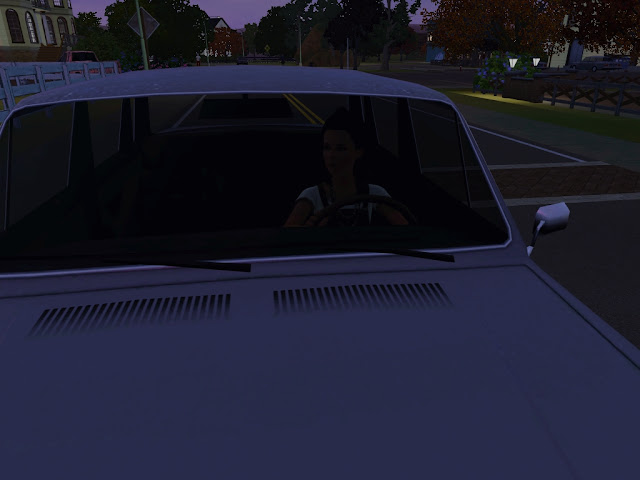 She tooted her car horn as she pulled away from the corner, and Miles waved until she was out of sight.  He sighed, putting his hands in his pockets as he wandered back inside.  Another family member had left the home, and now it would be even quieter.

Still, he thought to himself, with a small smile, with the way Anastacia and Lawrence were acting at the moment, maybe it wouldn't be too long before he heard the patter of tiny feet again.  Now that would certainly fill any emptiness within the house!


Notes: Aaaaand I'm all caught up with my game!  Can't wait to start playing again.  This chapter was pretty short and straight-forward, but after the intense drama of the previous one, I felt like I just needed to get on with telling the whole family's story. :D