Chapter 6: Look At The Stars, Look How They Shine For You

The next few years passed quickly as Hailey and Miles focused on their careers and their two children.  Miles had never been happier; even though they still struggled for space within the house, he wasn't sure he ever wanted to move; sometimes, when he was sleeping, he felt an ethereal presence washing over him like a rainbow. 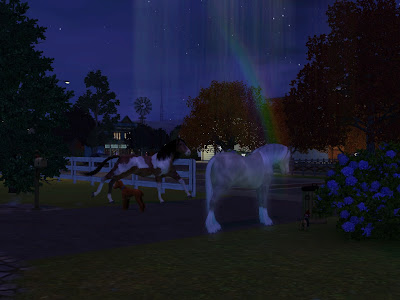 Even Yumi seemed to approve.

One evening, Miles snuggled up to Hailey in the garden as they watched the wide stretch of stars sprinkling their nightlight over Appaloosa Plains. 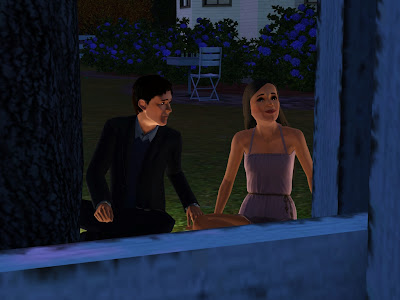 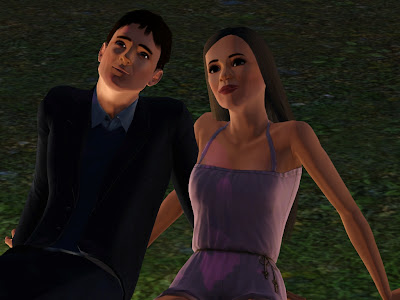 "Do you remember we did this at Hangman's Tree, on the night I asked you to move in with me?"  Miles asked.  "A lot has happened since then, hasn't it?"

Hailey let her head fall back, her eyes crinkling with laughter.  "Two beautiful children, a not so beautiful dog, promotions, gardening... lots and lots of gardening."

"Hey, don't knock the gardening.  Who could ever get sick of Autumn Salad?" Miles looked across at her, his voice dipping into seriousness.  You wouldn't change anything, would you?"

She leant across and whispered into Miles' ear: "You think we can handle one more little rugrat?" 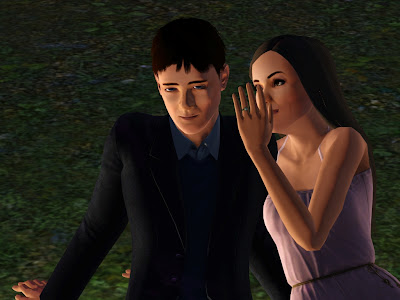 "You sure?"  Miles looked across at her, and Hailey looked back at the stars, briefly nodding, almost shyly. 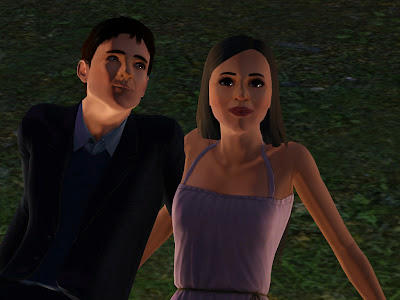 She let her fingers brush across Miles' hand.  "I think I'm just a few weeks' gone, but I've got enough previous experience o base it on.  God, I hope it's a boy this time.  I'm not sure I can deal with three moody teenage girls in my lifetime!"

"Aw, you don't know if they're going to be moody.  They've been pretty content so far.  Especially Jennifer."

"Well, she's very easy to impress, isn't she?  That makes it a bit easier.  I do worry about Anastacia, though.  She seems, well, very into boys, doesn't she?"

"I can't think who she took after at that age," Miles pointed out drolly.

Hailey blushed.  "Well, we should keep an eye on it, nonetheless."

They fell into a comfortable silence, until Hailey admitted, "I'll be happy with another girl, of course.  I'll be happy with an alien at this point!  I'm just... I've missed it a little bit.  Now that our girls are both about to age up again, it will be lovely to have another baby around the house.  We'll be able to move Jenny into Ana's room, so we'll have enough space in the nursery, and we've actually got something resembling savings for the first time in our lives.  It feels like we're so close to completing our family." 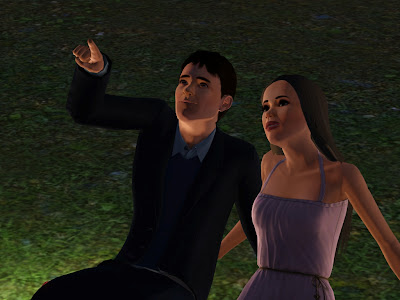 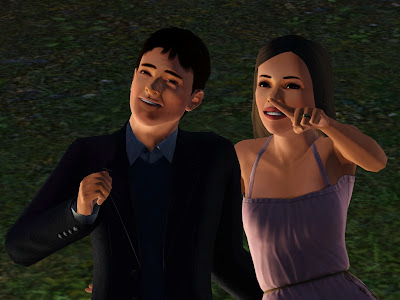 Miles planted a kiss on Hailey's cheek and sighed.  "Come on, it's getting cold.  Let's go warm the bed up."

Jennifer ran home from her first day of school.  She was so excited!  She couldn't wait to do her homework, and then get started on the extra curricular assignment she'd asked her teacher for.  Jennifer loved school, and she loved homework.  The other kids at school had teased her for it, but she didn't care.  When she was the CEO (her daddy had explained to her what a CEO was, and how they got to sit in a massive office and boss people around) they wouldn't laugh at her any longer! 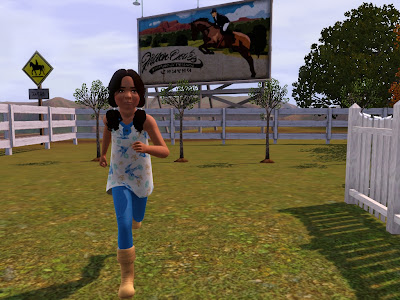 But when she got into the kitchen, she couldn't help but groan a little bit.  Anastacia has that boy around AGAIN.  He was always here.  Jennifer loved her big sister, but lately she had become so, well... boring. 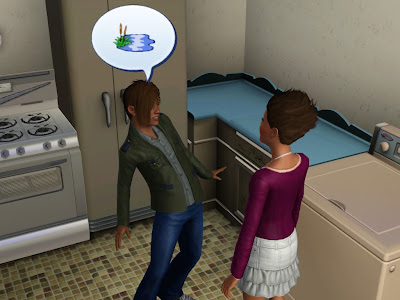 "So, like, I told my step-dad that being outside for too long exposes you to weird chemicals, and he told me to stop being so stupid, and I told him that, actually, I was predicted straight As at school, and wasn't he, like, born in a barn?  He didn't like that, and he grounded me, but screw him, I can go out if I want to."

"I like going outdoors," Anastacia told him.  "I don't think it exposes you to weird chemicals.  I think it's actually quite good for you."

"Well, it's lucky you've got me as a friend now, Ana.  I'll make sure you don't make silly mistakes like that again."

Jennifer's eyes narrowed.  She really didn't like Locke Diamond very much.  She couldn't understand why Anastacia didn't just tell him to get lost.  That's what Jennifer would do.  Well, she'd tried to tell Locke that, and he'd told her to 'Run along and play with your dollies', like Jennifer was four years old or something.  She was not!  She was six!

She sat down in the corner to do her homework as Anastacia and Locke sat down at the table to do theirs.  She was sure her sister was really smart, but she seemed to ask Locke for help quite a lot. 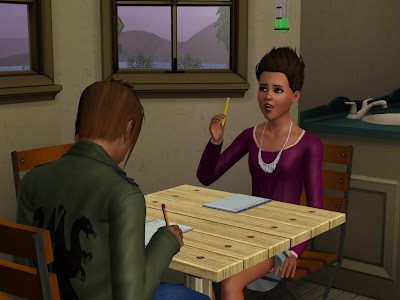 "Um, Locke, I don't know the answer to this one... do you think... could you help me?" she asked.  Jennifer frowned.  Had her sister just fluttered her eyelashes?!  Locke's chest puffed out.

Jennifer sighed.  Teenagers were so weird.

Hailey's third pregnancy was a relaxing experience.  With the newly decorated kitchen finally finished, she was able to potter around their pretty home, occasionally going out to pick her harvested crops, and eat enough for her belly to swell even beyond the expected amount. 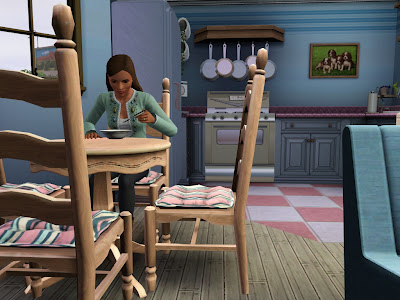 She also loved the new ice cream machine that Miles had bought, and found herself drawn to it at all hours of the day, even first thing in the morning. 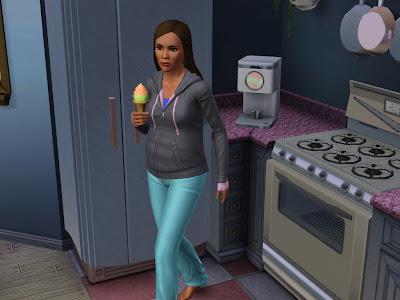 She also spent a lot of time at the library, liking the relaxed ambience (and secretly enjoying the fact that this place reminded her of the first time she had got together with Miles.) 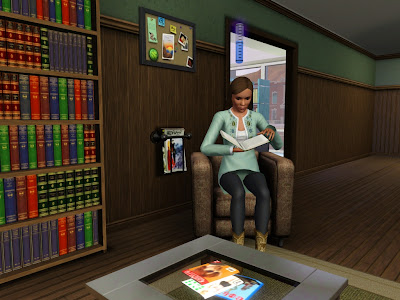 She didn't know, or think, that she'd ever be pregnant again, and she wanted to enjoy this one while it lasted.  Hailey was very self-conscious of the fact that she had been quite a lot older than Miles when she had first got together with him.  She was well into her adult years now, and she didn't think it would be too long until her elder years came calling.  It was one of the few things in her life that she struggled to deal with, but she didn't ever talk to Miles about it, not wanting to remind him that his wife was going to be old and grey whilst he remained fit and handsome for years to come.

Still, it meant that she was determined to make this period in her life perfect, and she distracted herself, when she wasn't at the library, with decorating the nursery for the new baby's arrival.  She knew that their new arrival was far more fortunate than Ana and Jenny had been.  Money, although not in abundance, had been steadily increasing thanks to Miles' climbing up through the Law Enforcement ranks, and Hailey's gardening produce was always in high demand, even if she didn't have as much time as she'd have liked to make a serious business venture out of it.

She went into labour one late afternoon whilst sitting at the library.  Miles was at home on his day off, doing chin-ups whilst Yumi stood close by, spotting him. 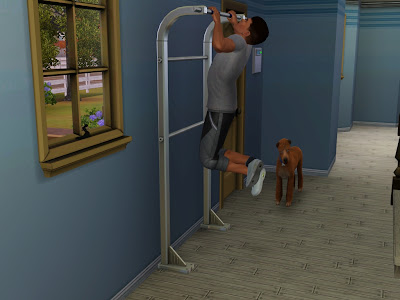 His phone suddenly blared in his pocket.  The hospital calling, telling him that Hailey had just arrived in the labour ward, and was asking for him to be there.  He quickly changed out of his sweaty clothes, the familiar feeling of nerves and excitement building in his stomach.

"Ana, the baby's coming!  Make sure Jenny eats her dinner!" he yelled into the girls' bedroom.  Anastacia, who was trying to recover from staying up the night before to do an intensive work out, rolled over in her bed.

"Sure, dad," she muttered, not actually hearing him. "No problem." 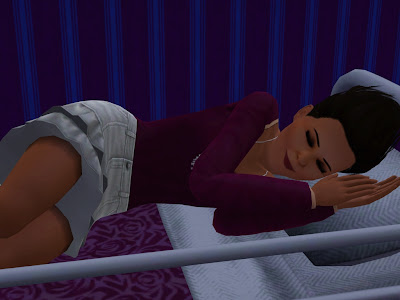 Miles rushed to get to the hospital in his new patrol car that his last promotion had rewarded him.  He was tempted to stick the sirens on, but wasn't sure this was the kind of emergency the sirens had been designed for, so instead he drove as quickly as he could. 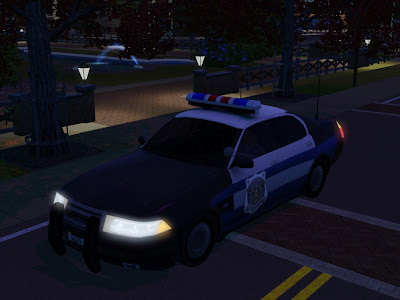 He hoped he hadn't missed the birth!  He ran quickly into the lit-up hospital, more than ready for the sleepless nights and ruined shirts that he'd almost forgotten about now Ana and Jenny had put their projectile vomiting days behind them. 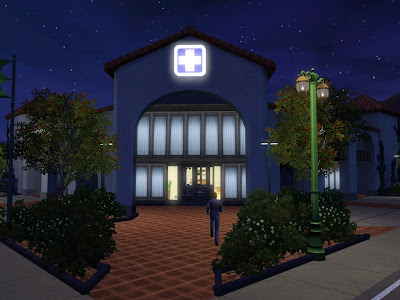 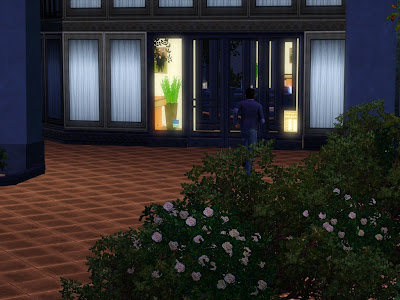 Their third baby did turn out to be another little girl, but baby Chloe was so pretty, and so sweet from the off-set, that Hailey realised she really didn't mind.  It was a long labour, and when Hailey arrived home in the early hours of the morning, snuggling her new child close, she felt exhausted. 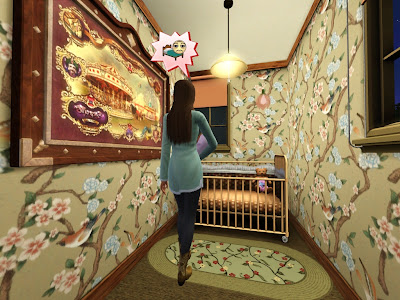 She planted a kiss on Chloe's forehead, breathing in the new baby smell that she had missed so much, and laid her down in her crib. 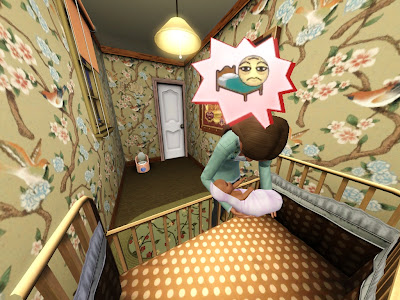 "Sweet dreams, little one," she whispered.  Chloe blinked up at her, and Hailey could have sworn she saw her dark, piercing eyes wandering around the room, taking in her surroundings.  Hailey kissed her one more time before leaving the nursery, switching off the light as she went.

Notes: I couldn't resist putting that first picture in even though it didn't have much to do with the chapter; there seems to be a unicorn spawner in the family's garden, so they get quite frequent visits from a unicorn, which is awesome as I'd never seen one in the game before.  Well, it was awesome before I realised that unicorns ate crops, meaning Hailey had to start planting all over again (with a fence this time!)  Aside from that, isn't Anastacia pretty?  I was so pleased with the way she turned out!  She actually doesn't turn out to be the prettiest from this generation, though; you'll have to wait to see who that is!  (And no, Hailey and Miles haven't quite done with having kids yet, but the next one comes a little more unconventionally! :D)  Finally, in line with the It's So You roll, the kitchen was finally decorated pink and blue (Miles' favourite colour is blue and Hailey's is obviously pink - so stereotypical!) whilst the nursery is mostly Spicebrown, which is Chloe's favourite colour.  It's fun designing rooms according to favourite colour and interest.  Makes it a lot more focused and easier, and I love how each of the rooms in the house reflect the family's respective personalities.